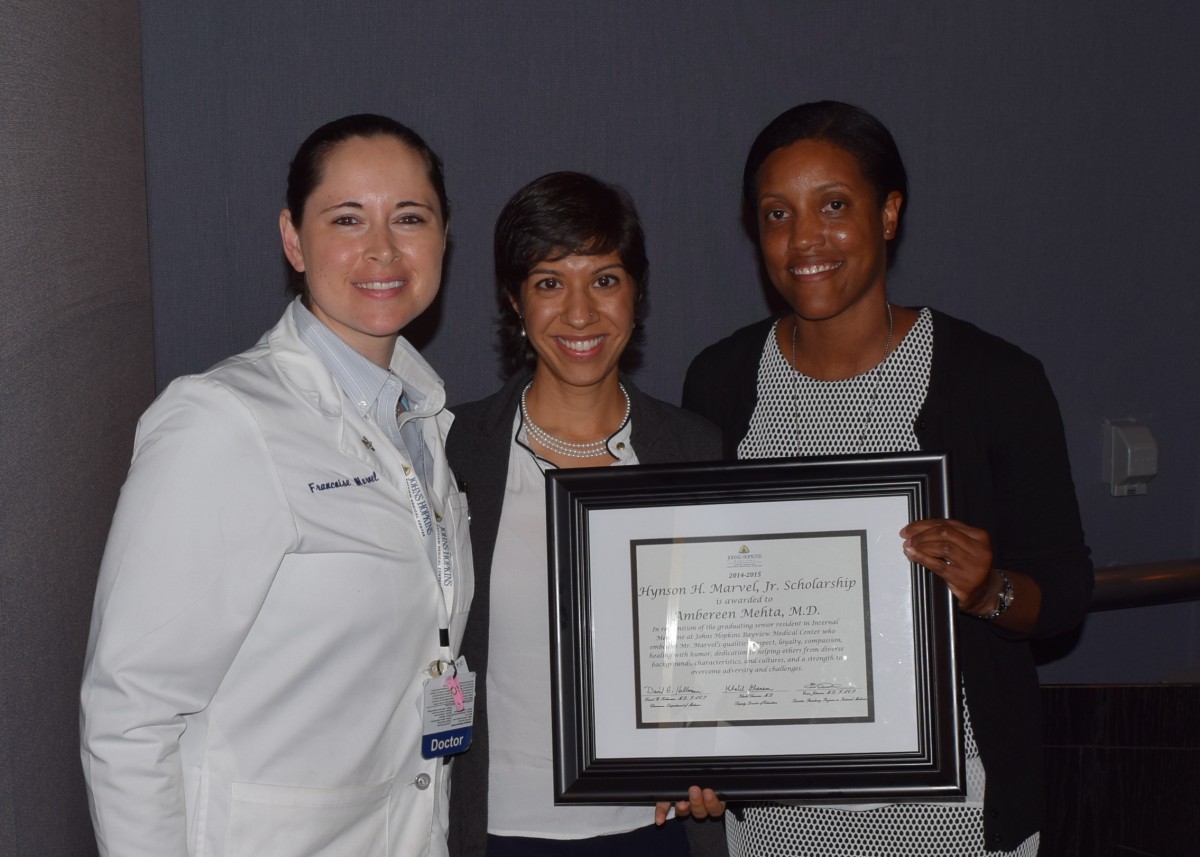 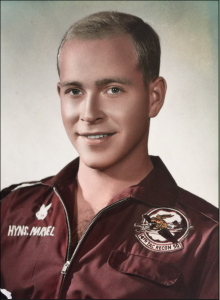 The first-ever Hynson Howell Marvel, Jr. Scholarship was presented in September by Erica Johnson, assistant professor in the Division of Infectious Diseases and program director of the Bayview Internal Medicine Residency Program, David Hellmann, professor in the Division of Rhuematology and chair of the Bayview Department of Medicine and Francoise Marvel, Mr. Marvel’s daughter and senior resident in the Bayview Internal Medicine Residency Program.

The Hynson Howell Marvel, Jr. Scholarship is an annual award that is provided to the medical student, resident or fellow who embodies his qualities of respect, loyalty, compassion, healing with humor, dedication to helping others from diverse backgrounds and strength to overcome adversity and challenges.

Mr. Marvel aspired to become a physician to help others. In fact, he was in medical school interviews when the Vietnam War began and he was called to duty. He proudly served his country for 20 years as a U.S. Air Force Officer and earned notable commendations for valor including the bronze star medal. In his later years, it was determined that his exposure to Agent Orange during his war service caused debilitating illness, AL Amyloidosis, Multiple Myeloma and Prostate Cancer, that later lead to his death on May 8, 2015.

His care at Johns Hopkins was the highlight of his medical journey because of the genuine kindness, loving support, concerned listening and world-renowned excellence in medicine that allowed him more time with his family, including fond memories with Johns Hopkins care providers whom he considered family. This scholarship, established by Mr. Marvel’s friends and family and spearheaded by his daughter, Dr. Marvel, is a tribute to his legacy with a goal supporting future physicians dedicated to compassionate patient care infused with optimism and humor.

Dr. Marvel also hopes that the Marvel Scholarship will encourage others to remember loved ones by supporting the future of medicine.

The inagural scholarship was awarded to Ambereen Mehta, a clinical fellow at Surburban Hospital.