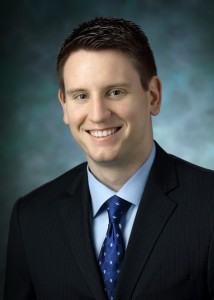 Anthony DeAngelo, MHA, was named the division administrator for General Internal Medicine on the Bayview campus. Born and raised in Pittsburgh, he attended the University of Pittsburgh to complete a Bachelor’s of Science in bioengineering. He then moved to Baltimore to complete his Master of Health Administration at the Johns Hopkins Bloomberg School of Public Health. During his studies, he worked as an undergraduate researcher at the Magnetic Resonance Research Center of the University of Pittsburgh Medical Center (UPMC) and later became an administrative intern at UMPC where he implemented patient and family-centered care and costing initiatives in total joint replacement care pathways.

Anthony joined the DOM Bayview team after completing his administrative residency with Operations Integration and the Office of the EVP/COO at Johns Hopkins Health System. He begins his new role after helping the department prepare for the inpatient Epic implementation. 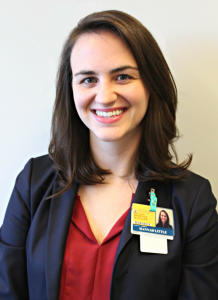 Hannah Little, MHA, was named the division administrator for the Division of Hematology. A native Kentuckian, Hannah grew up an expat kid and spent years abroad in China and Russia before moving to Canada to earn her bachelor’s in economics from McGill University in Montreal. She then spent several years working for a macroeconomics research firm in New York before returning home to complete a Master of Health Administration from the University of Kentucky. While there, Hannah worked for the university’s health system as they assumed management of one of the country’s longest operating inpatient psychiatric hospitals, helping to physically relocate the facility and reorganize its operating structure. She then completed a short stint as the interim quality director of a small, private hospital in Riyadh, Saudi Arabia, before moving to Baltimore in the fall of 2014 to accept a project management position with Johns Hopkins Medicine International. She served in that capacity for just over a year before returning to her operational roots with the Department of Medicine. 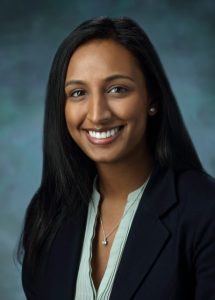 Soumya Mamidala, MHSA, was named the interim division administrator for the Division of Endocrinology, Diabetes and Metabolism. Originally from Seattle, she received her bachelor’s degree in Public Health at the University of Washington followed by a Master in Health Services Administration at the University of Michigan. Soumya began her career at the Centers for Disease Control and Prevention working as a public health associate with the Louisiana Department of Health and Hospitals in obesity prevention and HIV/STD control. She then worked in performance excellence at Stanford Healthcare in Palo Alto, California, and came to Baltimore in 2014 to complete an administrative fellowship with Johns Hopkins Medicine. She will be serving as the interim division administrator in her final months of the fellowship.

« Diversity in Clinical and Biomedical Research: A Promise Yet to Be Fulfilled » Associate Vice Chair for Ambulatory Operations Announced