Core measure performance is an integral part of ongoing TJC Accreditation and is publicly reported by CMS.  Standards for satisfactory compliance are often 96 percent or higher. 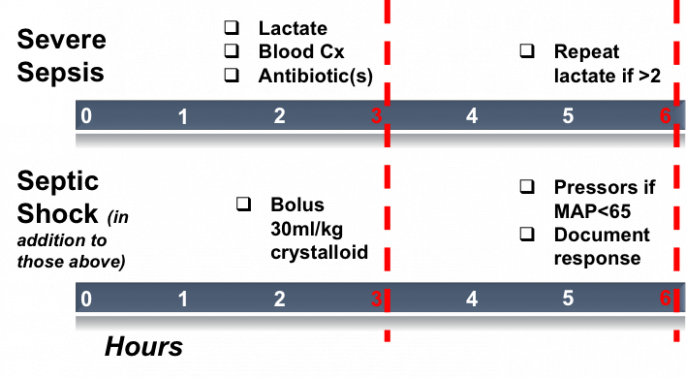 Departments across The Johns Hopkins Hospital have shown only 50 percent compliance since October. Public reporting of the measure will not begin until at least October 1, 2016. This year is seen as a training period.

There is much work to do to achieve 96 percent compliance. The hospital has developed several tools to facilitate compliance, including a “Sepsis (Non-ICU Potential Sepsis Screening)” order set (type “Sepsis” in the POE order field) and a “Sepsis Reassessment” note template (type “Sepsis” in the document search field). Similar tools are being constructed in Epic. An 8-10 minute MyLearning module explaining the measure is available to all faculty and staff and is being required for all house officers. We recommend the MyLearning module to all inpatient faculty. At a minimum, faculty should direct house officers to use the order set and note template.

Several aspects of the Sepsis Core Measure have been questioned by faculty in many departments. These include the utility of central venous pressure and capillary refill for estimating intravascular volume and the time required for provider documentation. In February, the Society for Critical Care Medicine published new sepsis definitions that update the relatively old definitions used in the Core Measure. Given these concerns, DOM faculty and hospital officials are planning to appeal to CMS/TJC for modifications to the measure that will allow it to be more meaningful and have greater impact for our patients. Such an appeal would likely involve partnership with other academic medical centers and will likely take some time. While this appeal is occurring, we strongly encourage use of the order set and note template to facilitate compliance with the existing requirements. Such compliance may even be useful to the appeal.