Paul Scheel to Step Down as Director of Nephrology 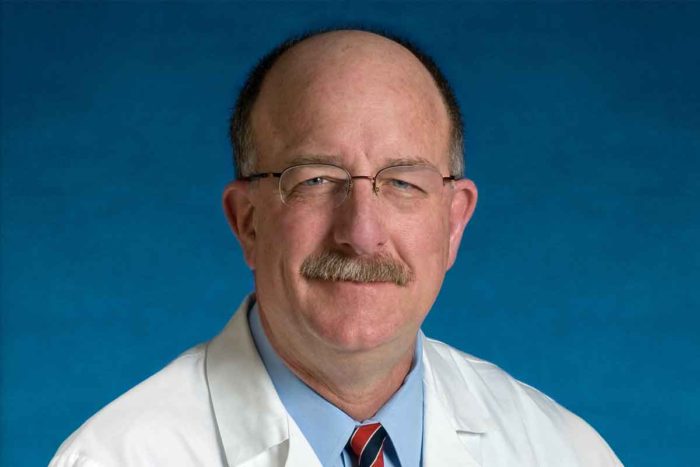 We write to inform you that after 30 years with our department, Paul Scheel will be moving on to become Associate Vice Chancellor for Clinical Affairs at Washington University School of Medicine in St. Louis and Chief Executive Officer of Washington University Physicians, the school’s faculty practice, effective July 1, 2017.

Paul has stood out as a dedicated leader since his first days at Hopkins as an intern in the Osler Medical Training Program in 1987. His leadership has reverberated through the ranks as he climbed the ladder, eventually becoming the top candidate for director of the Division of Nephrology in 2004 after serving a year as interim director and seven years as clinical director. Under his direction, the division has grown to new heights, tripling its number of dialysis units, establishing the Transplant Nephrology Service and recruiting more faculty and fellows than ever before.

His steadfast leadership partnered with his medical knowhow and business acumen have improved outcomes for patients. As the founder and medical director of Johns Hopkins HealthCare’s Integrated Renal Solutions, he has implemented initiatives that have reduced the length of hospital stays, number emergency room visits and amount hospital admissions for patients with end stage renal disease.

Paul has proven to be a valued mentor, advising many of whom have gone on to become leaders not only here at Hopkins, but at universities across the country. Among his most notable mentees is our very own Redonda Miller, who has proven to be an esteemed leader in her own right. His contributions to medical education were acknowledged by the American College of Physicians with his winning of the Theodore Woodward Award in 2011.

His influence at Hopkins comes from not only his leadership and mentoring, but from his involvement in the Executive Committee of the Office of Johns Hopkins Physicians and his long tenure with the Credentials Committee of The Johns Hopkins Hospital, among others.

Beyond his immense contributions to Hopkins, Paul has impacted the medical profession on a global level. Through his research and academic career, he developed a medical therapy to treat patients with a rare kidney disease that is used by physicians worldwide. As a consultant for the World Bank, Paul became one of seven committee members charged with developing a plan for the reorganization of health care delivery in Lebanon. Funan University in Shanghai even named him an honorary professor of medicine due to his contributions to the field.

Paul’s time with the Department of Medicine and Johns Hopkins Medicine has been marked with unbridled integrity and dedication. Although his absence will leave a void in our department, we ask that you join us in congratulating him on his new role, wishing him well as he conquers his next frontier and thanking him for all he has done for our employees, patients and all of us at Hopkins.

We will be forming a search committee to begin the process of filling the position.