Developing a Treatment for Two Leading Causes of Blindness: dry-AMD and Stargardt Disease-Lessons from a Life Sciences Startup 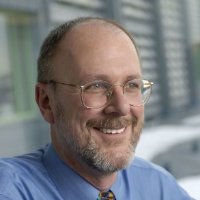 Dr. Joshua Boger is the founder of Vertex Pharmaceuticals Incorporated (NASDAQ: VRTX) and the Executive Chairman of Alkeus Pharmaceuticals, Inc. He retired as Vertex's Chief Executive Officer in May 2009, after over 20-years with the company. He continues to serve on the Vertex Board. Prior to founding Vertex in 1989, Dr. Boger held the position of Senior Director of Basic Chemistry at Merck Sharp & Dohme Research Laboratories in Rahway, N.J., where he headed both the Departments of Biophysical Chemistry and Medicinal Chemistry of Immunology & Inflammation. During his ten years at Merck, Dr. Boger developed an international reputation in the application of computer modeling to the chemistry of drug design and was a pioneer in the use of structure-based rational drug design as the basis for drug discovery programs.

Dr. Boger holds a bachelor of arts in Chemistry and Philosophy from Wesleyan University (Connecticut) and a master's and doctorate degrees in Chemistry from Harvard University. His postdoctoral research in molecular recognition was performed in the laboratories of the Nobel-prize winning chemist, Jean-Marie Lehn in Strasbourg, France. He is the author of over 50 scientific publications, holds 32 issued U.S. patents in pharmaceutical discovery and development, and has delivered over 100 invited lectures, in the United States, in Europe and in Asia, on various aspects of drug discovery and development. He was named one of forty "Technology Pioneers" worldwide for the 2003 World Economic Forum in Davos, Switzerland.

Dr. Boger is Chair of the Board of the Celebrity Series (Boston's premier performing arts presenter), Vice-Chair of the Museum of Science (Boston), and Chair of the Board of MassChallenge (the world's largest business plan competition). He serves on several additional non-profit Boards including the Board of Fellows of Harvard Medical School (where he is Chair Emeritus), the American Civil Liberties Union of Massachusetts Foundation, NEHI - The Network for Excellence in Health Innovation (where he is Chair Emeritus; NEHI is a non-profit, healthcare-policy research organization based in Cambridge, MA), the Science Advisory Council of WGBH (public broadcasting's leading station, Boston), the Harvard College Overseers' Committee to Visit the Business School and the MIT Corporation Visiting Committees to the Department of Biology and to the Institute for Medical Engineering & Science (IMES).