Golden and Hill-Briggs Named to ADA Board of Directors 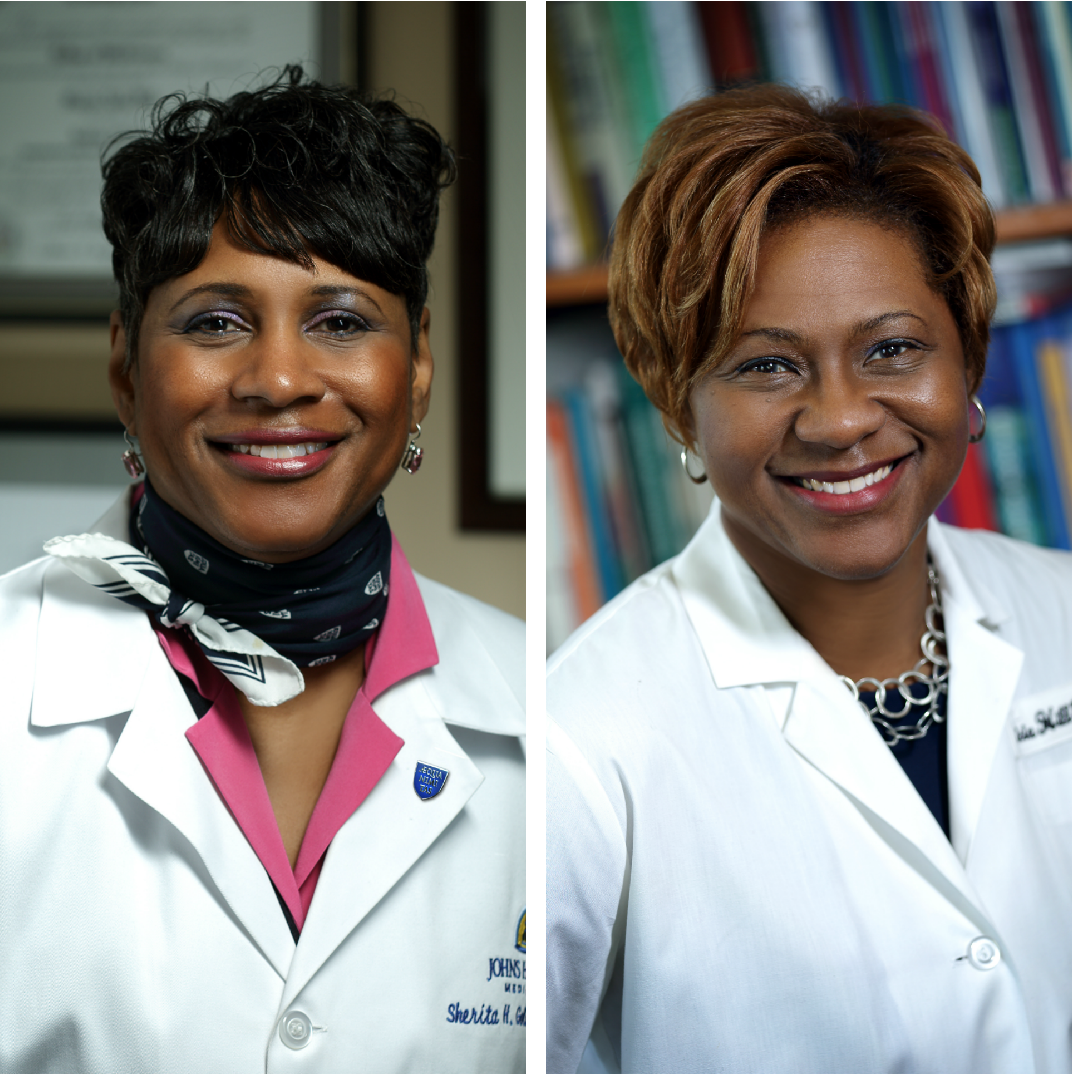 Sherita Golden, executive vice chair, and Felicia Hill-Briggs, professor in the Division of General Internal Medicine, have been named to the American Diabetes Association’s (ADA) 2018 board of directors. As of Jan. 1, Felicia is the president of the health care and education and Sherita is an active board member.

From the ADA press release:

Sherita Hill Golden, MD, MHS, is the Hugh P. McCormick Family Professor of Endocrinology and Metabolism and Executive Vice-Chair of the Department of Medicine at the Johns Hopkins University School of Medicine in Baltimore. Dr. Golden was a member of the ADA Scientific Sessions Planning Committee and Chair of the Epidemiology and Biostatistics Interest Group from 2011 to 2013, and has also been active with the Behavioral Medicine and Psychology Interest Group. From 2011 to 2015, she served as Associate Editor for the ADA’s peer-reviewed, scientific journal, Diabetes Care, where she developed a process for editorial screening of meta analyses and systematic reviews in addition to contributing editorials. She was recently appointed to the ADA’s Research Policy Committee.