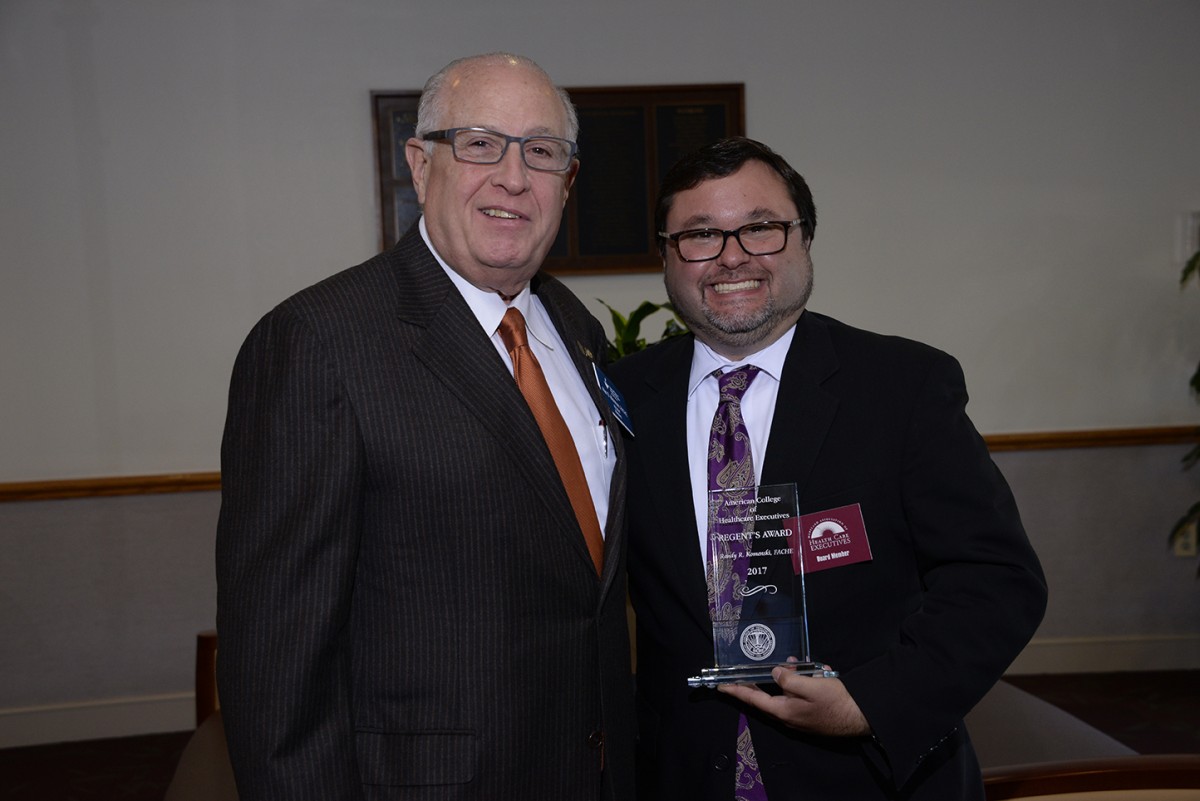 Randy also received the ACHE Exemplary Service Award acknowledging his service to the profession, organization and mentorship. Randy completed an elected three-year term on the American College of Healthcare Executives Council of Regents Council representing Maryland. He also served as the former chair of ACHE’s Career Development Committee and its Management Series Editorial Board. He currently serves on its Healthcare Executive Magazine Editorial Board.