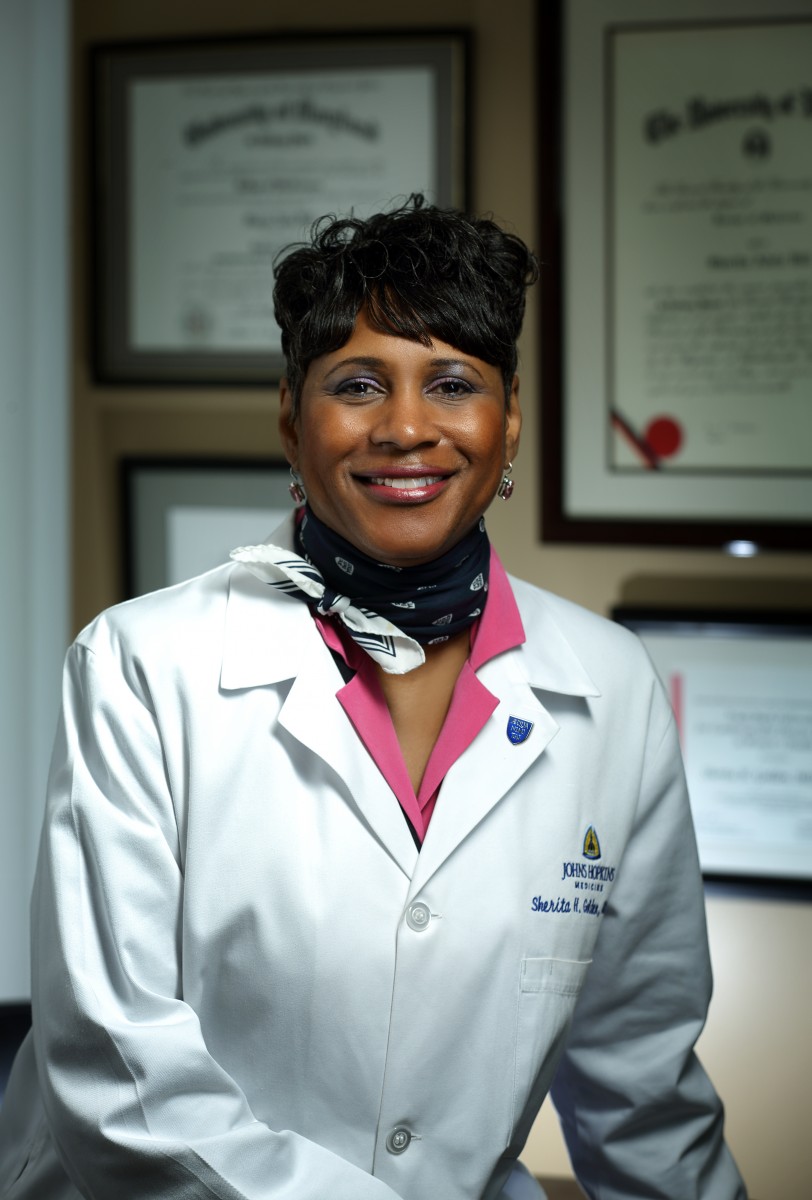 As you may have seen in the announcement from Kevin Sowers and Inez Stewart, our Executive Vice Chair, Dr. Sherita Golden, will become the next vice president, chief diversity officer for Johns Hopkins Medicine, effective July 1. Sadly, this means she will be leaving her leadership role in our department.

Appointing Sherita as executive vice chair was one of the first major decisions I made as director of the Department of Medicine, and it remains one of the best. Since 2015, she has helped build our vice chair team, overseen the development of our new vision, mission and core values, conducted the division annual review process and co-chaired our search committees for directors of the divisions of Nephrology and Cardiology. She has conceptualized and launched the Journeys in Medicine series and the Department of Medicine Civic Engagement Initiative to explore ethnic biases and inequities and give our faculty and staff opportunities to contribute to the Baltimore community. She has even co-authored papers directly related to her role published in Academic Medicine and the American Journal of Medicine. Her work has not only transformed our departmental operations, but directly impacted individuals both within and outside of our department with her devotion to raising awareness of health inequities and building a culture of respect to facilitate delivery of culturally/linguistically/spiritually competent, patient-centered care.

It has been an honor to work alongside her and watch her excel in her leadership role. I am thrilled that she has found such a fitting new challenge—and that she won’t be going far.  Dr. Golden will remain the Hugh P. McCormick Family Professor of Endocrinology and Metabolism and a member of our department.

Dr. Hellmann and I have asked Dr. Chris Durso to step in as interim executive vice chair during this transition, and we are thankful for his aid. We will issue an RFA to identify the new chair this summer.