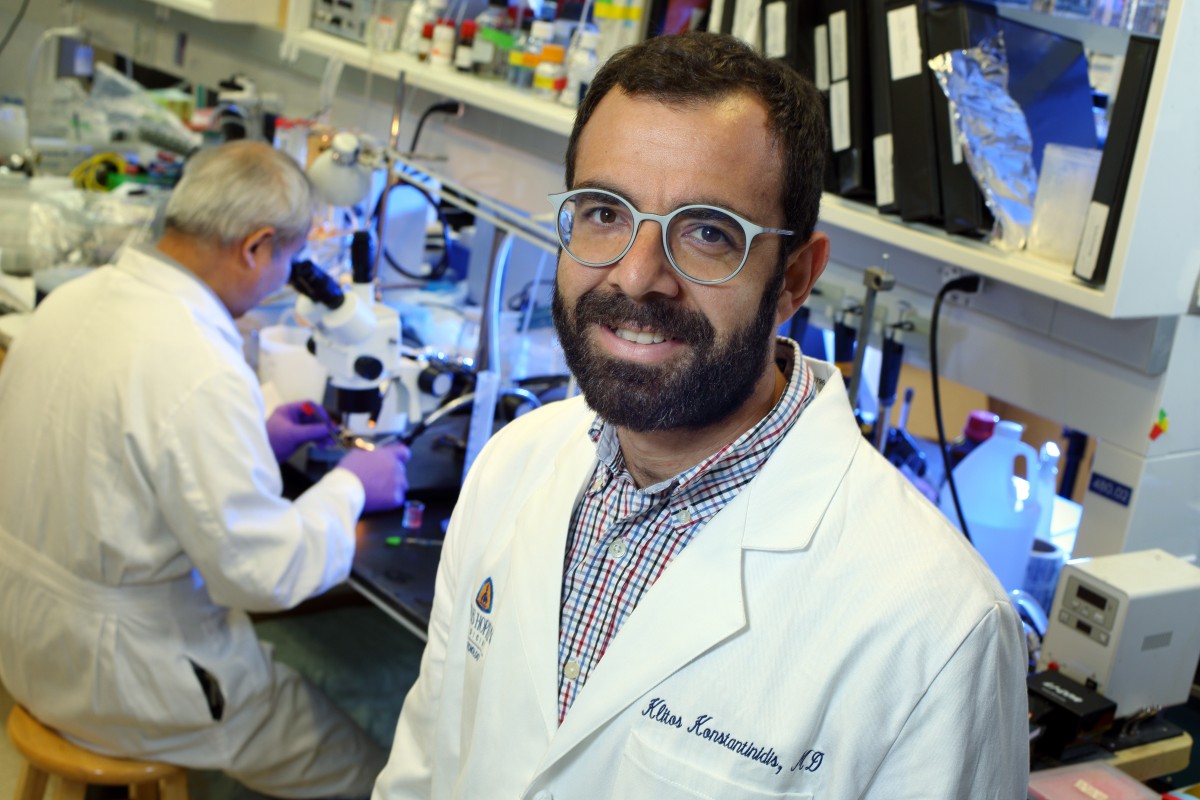 Klitos Konstantinidis, fellow in the Division of Cardiology, was awarded the AAP/ASCI/APSA Joint Meeting Best Poster Award from the Association of American Physicians and the American Society for Clinical Investigation joint meeting. He received the award for his abstract entitled "A dynamic redox pathway for CaMKII activation and cardioprotection." His travel to the meeting was funded by the AAP/ASCI Travel Award.

More info on his research:

CaMKII is a serine threonine kinase with important roles in cardiovascular physiology, however, excessive CaMKII activity contributes to morbidity and mortality in common cardiovascular diseases, such as heart failure and arrhythmias. We discovered a novel pathway that operates as a redox switch controlling CaMKII calcium sensing and activation. This pathway involves MICAL1, a monoxygenase and MSRB, a reductase. MICALs were initially discovered by Alex Kolodkin, a collaborator on this study and the Charles J. Homcy and Simeon G. Margolis Professor at the Solomon H. Snyder Department of Neuroscience at Johns Hopkins University. MICALs were initially discovered in neurons with unknown functions in the cardiovascular system prior to our studies. Our work has shown that this pathway is fundamental for cardiac physiology with a translational therapeutic potential as targeting of this pathway rescues the arrhythmic phenotype of induced pluripotent stem cell-derived cardiomyocytes from patients with catecholaminergic polymorphic ventricular tachycardia, a human genetic arrhythmogenic disease.