The Johns Hopkins Cystic Fibrosis Center received the Outstanding Partnership Award for both the adult and pediatric program from the Cystic Fibrosis Foundation (CFF). The awards were presented at the North American Cystic Fibrosis Conference (NACFC) in Phoenix, Arizona. Christian Merlo, associate professor in the Division of Pulmonary, accepted the award for the adult program. In addition to 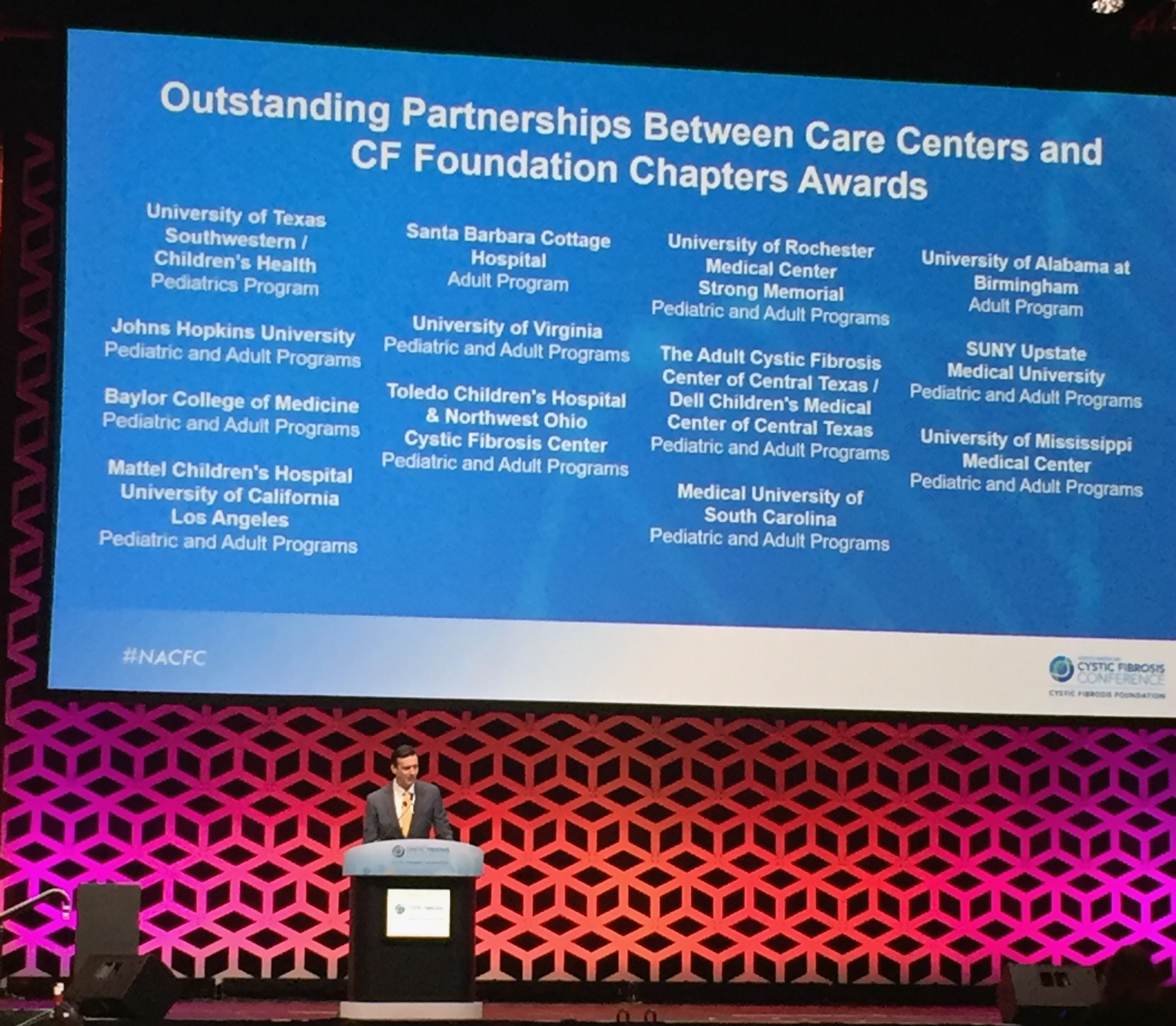