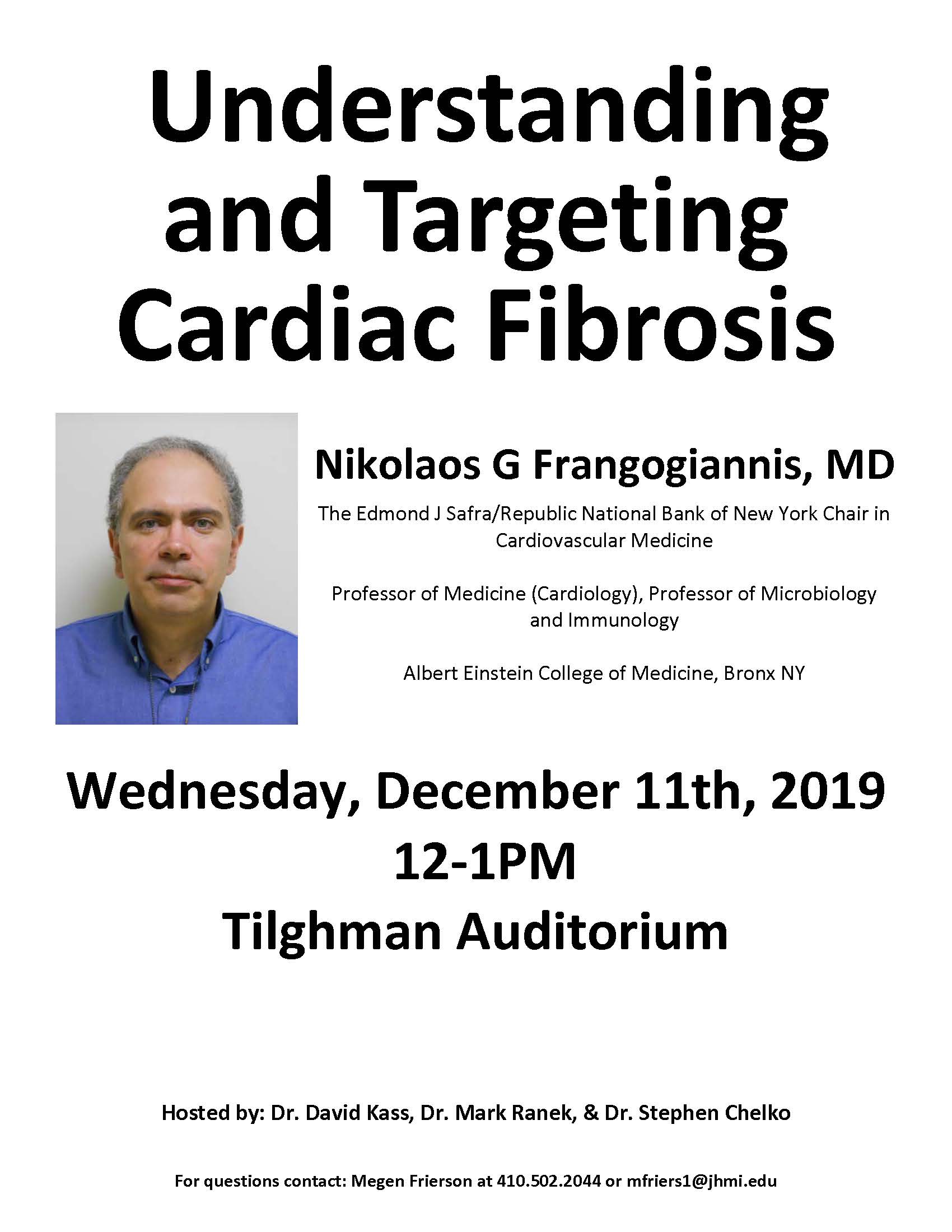 Nikolaos G. Frangogiannis, MD, is the Edmond J. Safra/Republic National Bank of New York Professor of Cardiovascular Medicine at the Albert Einstein College of Medicine in the Bronx. Frangogiannis graduated from the University of Athens School of Medicine in 1990 and two years later left his native Greece to pursue a residency in Internal Medicine at Baylor College of Medicine in Houston. Accepted into the Clinical Investigator Pathway, he got his first research experience in the laboratory of Mark L. Entman, MD, working with a strong group of investigators exploring myocardial inflammation in response to injury. Frangogiannis remained in Houston for 18 years, joining the faculty and establishing an independent laboratory in 1999 to expand on previous concepts on the role of inflammation in cardiac injury and repair, by probing numerous signaling pathways. In 2010, Frangogiannis moved to New York, where he has deployed new tools to study the cell biology of cardiac remodeling in vivo, whether following infarction or in response to other injurious stimuli, such as metabolic disease. For example, in 2013 his laboratory demonstrated that the matricellular protein thrombospondin-1 has both direct and indirect effects on the cardiac changes that occur in obese diabetic db/db mice, perhaps identifying a potential therapeutic target. Frangogiannis was elected to the American Society for Clinical Investigation in 2010. He is a prolific reviewer for a variety of medical journals, including Circulation Research, where he also serves as a Consulting Editor. In a recent interview, Frangogiannis discussed his continued exploration of a “world with mysterious rules” – the cardiac response to injury.