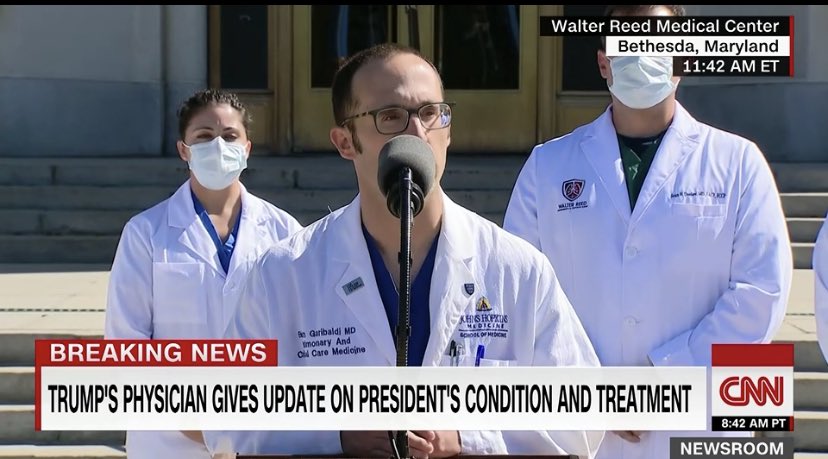 Dr. Brian Garibaldi, associate professor in the Division of Pulmonary, appeared on the news this past weekend, speaking as one of the physicians in charge of caring for President Donald Trump, who tested positive for COVID-19 last week.

Dr. Garibaldi, director of the Johns Hopkins Biocontainment Unit, was consulted by the White House and Walter Reed National Military Medical Center in Bethesda to develop a treatment plan for the President. He spoke at a televised press conference this weekend alongside the team of doctors giving an update on the President’s recovery.

No matter your political leanings, we can all be proud that the White House and the President sought out Johns Hopkins, and a member of our own department, to provide care during a moment of such grave concern.

View a clip from the press conference here.