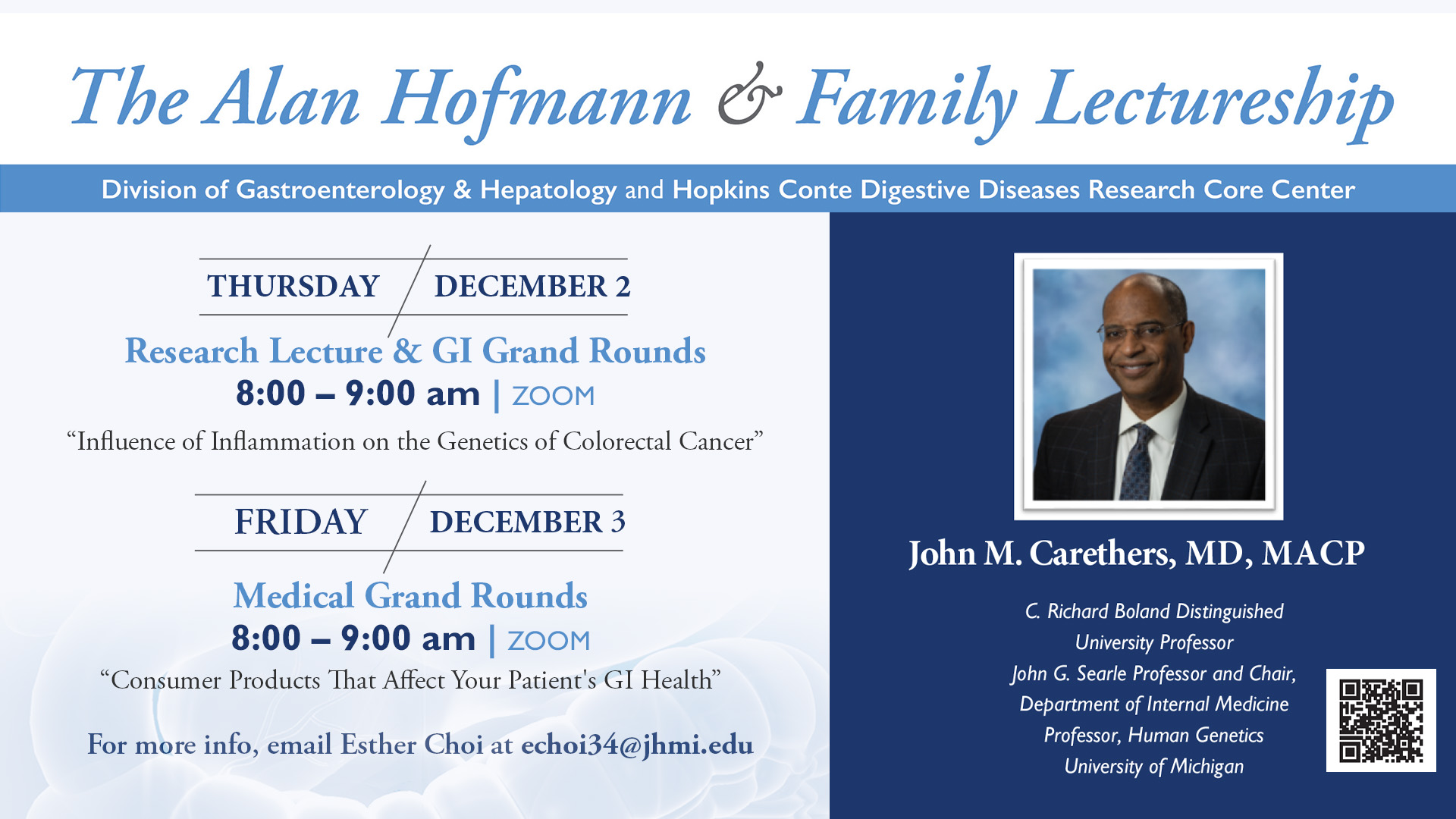 John M. Carethers is currently the John G. Searle Professor and Chair of the Department of Internal Medicine at the University of Michigan. He received his BS degree in Biological Sciences with a minor in Chemistry from Wayne State University, and his MD with high distinction from the same institution. Dr. Carethers completed his internship and residency in Internal Medicine at Massachusetts General Hospital, followed by a fellowship in gastroenterology at the University of Michigan. He was then recruited to the University of California, San Diego, where he grew his laboratory-based research in the area of DNA mismatch repair and colorectal cancer pathogenesis and cared for general medicine and gastroenterology patients. His leadership roles included the gastroenterology fellowship director, the gastroenterology Section Chief for the San Diego VA Hospital, then Division Chief for University of California, San Diego, before being recruited to Michigan.

Dr. Carethers was the founding Director of the NIH-funded UCSD Gastroenterology Center grant, and was the Director of the gastroenterology T32 training grant. His laboratory research continues to be funded by the NIH. Dr. Carethers has interest in colorectal cancer disparities as it relates to genetics and outcomes. He is the former PI of the SDSU/UCSD Cancer Center Comprehensive Partnership U54 grant, which addresses cancer disparities, and was selected as the 14th Jane Cooke Wright Lecturer for the American Association for Cancer Research. He has published over 250 manuscripts and book chapters. He is a past Senior Associate Editor for Gastroenterology, the official journal for the American Gastroenterological Association. He completed a 2-year appointment on the National Commission for Digestive Diseases, a U.S. Congressional Commission, after his appointment by Elias Zerhouni, MD, then Director of the National Institutes of Health. He is appointed to the National Diabetes and Digestive and Kidney Diseases Advisory Council for 2022-2025 by Health and Human Services Secretary Xavier Beccera. He was elected a member of the American Society for Clinical Investigation, and elected a member of the American Association of Physicians (AAP), and served as President of AAP for 2018-2019. He was elected a member of the National Academy of Medicine in 2012, the American Academy of Arts and Sciences in 2016, and the Royal College of Physicians in 2021. He received the Robert H. Williams, MD Distinguished Chair of Medicine Award from the Association of Professors of Medicine in 2019, received the CGA Lifetime Achievement Award in 2019, and awarded the Harriet P. Dustan Award for Science as Related to Medicine from the American College of Physicians in 2020. He is currently president-elect of the American Gastroenterological Association, and will be president in 2022.