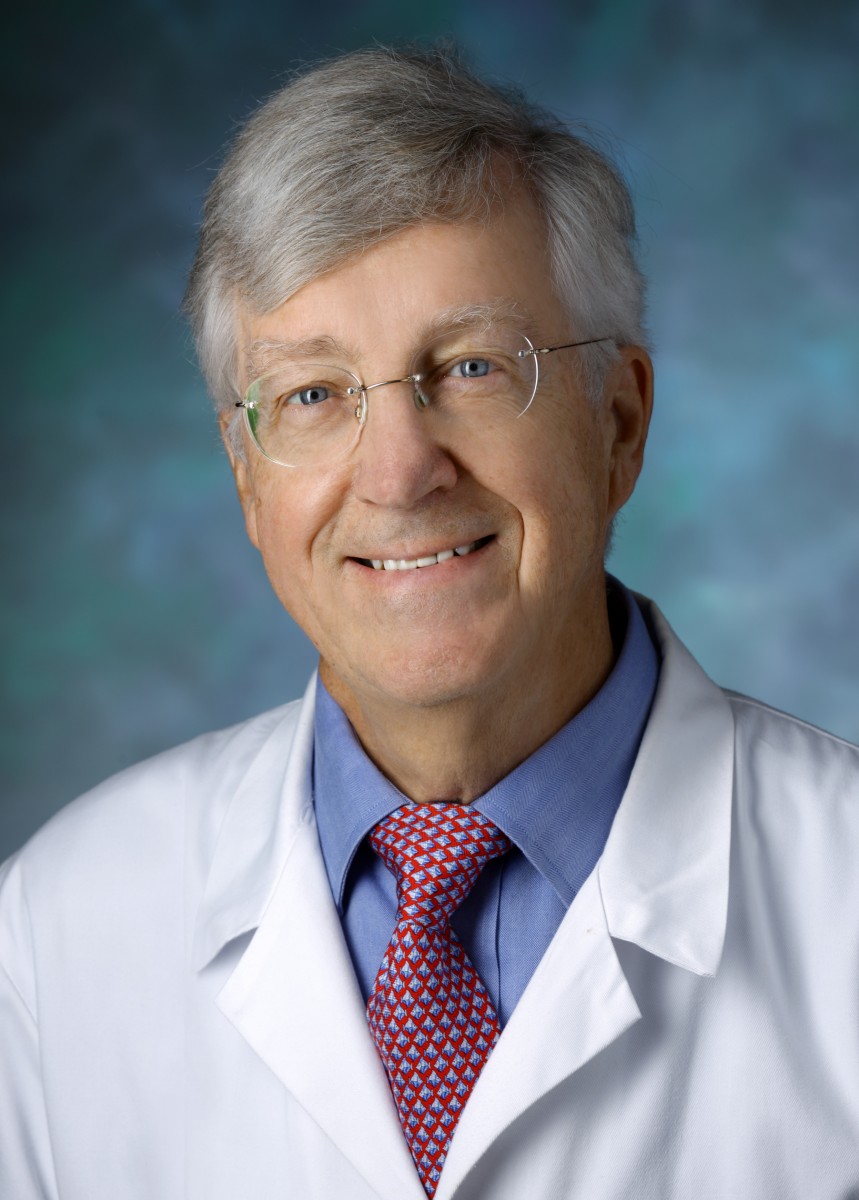 It is with a sense of appreciation and a hint of sadness that I announce the retirement of Peter Terry. Peter began at Hopkins as a senior resident in 1972, and completed Pulmonary fellowships both here at Hopkins and at the Mayo Clinic in Rochester, Minnesota. He joined the faculty as an instructor in 1975, and has become an institution in the Division of Pulmonary and Critical Care Medicine over the past 42 years, serving as director of the Pulmonary Consultation Service for Johns Hopkins Hospital and acting as division director on two separate occasions for a total of 4 years. He now holds appointments in the DOM, the Department of Anesthesiology and Critical Care Medicine and Environmental Health Sciences at the Johns Hopkins Bloomberg School of Public Health.

Peter has shown a commitment to ethics beginning with his master’s degree in philosophy with a concentration in bioethics from the Kennedy Institute of Ethics at Georgetown University. Throughout his career he has served as chairman on the Johns Hopkins Hospital Ethics Committee & Consultation Service and as the adult bioethics chairman for JHH, and continues to serve on JHH’s Ethics Committee since his start in 1985.

Medical ethics has even appeared as a topic in his research. Peter has authored over 100 publications with notable articles appearing in the New England Journal of Medicine. Other research topics have included balloon embolization and end-of-life medical decision making.

Despite his many accomplishments across all areas of medicine, perhaps his most significant successes have emerged in the realm of teaching. His numerous teaching awards alone are enough to convince one of his valuable mentorship, but he has also become one of the most sought after advisors by fellows for his teachings in clinic and at the bedside. His sage advice will be missed by faculty and trainees alike.

Please join me in congratulating Peter Terry on an extraordinary career and thanking him for his dedication to our department.

1 thought on “Peter Terry to Retire”